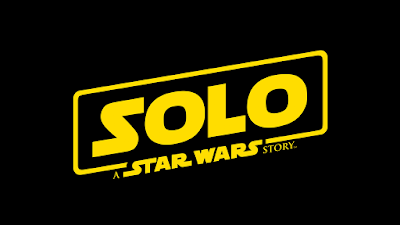 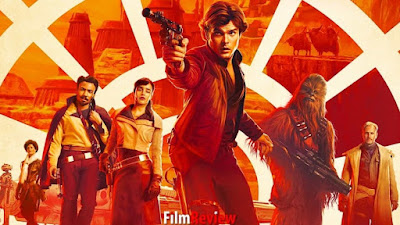 Well. Here we are! The second of the anthology movies, Solo: A Star Wars Story is out! Solo is a fun, good movie, with lots of laughs, a ton of heart, a great cast and a western heist all thrown into one. Emilia Clarke, while her role is secondary, far outshines the rest of the cast, and Donald Glover as Lando is just pure perfection. Paul Bettany was eh, Woody Harrelson is just awesome, Joonas Suotamo really presents a perfect Chewbacca. And Alden, well Alden; I gotta give him credit here. I didn't see him making it very far, I didn't think he could pull it off. But at the end of the movie, you can almost see a bit of the cocky-eyed nerfherder we grew up with in the original trilogy. And that's what this movie is supposed to be kinda right? How we got the Han Solo we all know and love? I think they pulled it off decently. 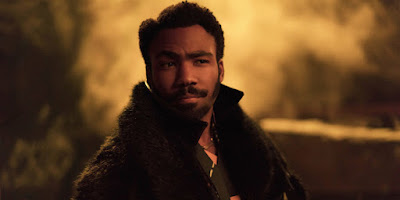 The settings were great, it was really exciting to see some of the planets I've read about come to life. Some shocked me, but honestly coming from the Expanded Universe, I've had to realign some of the ideas I had, about characters and planets, so it wasn't really too bad. Costume design was great. Lando's flamboyant style was spot on to what I had pictured him in, and it matches what we see in Episodes V and VI. I wish we saw Alden don a mock up of the costume Han wears in Episode IV, but otherwise every set design and every costume was great, including the one Alden wears the whole movie.

The plot was good; there were a few things I would have changed, and a couple I have some issues with. I've never wanted to pick parts out of a movie so much, and basically do my own cut of the film. I tried so hard to enjoy the parts I wanted out, but man, they just stuck out like a sore thumb. But I enjoyed the "western" plot style, and it was interesting to see all of the piloting and smuggling around. There is a cameo from a certain someone in the movie, butttttt I didn't think it was all that.

Let's talk about Emilia Clarke's character Qi'ra. I thought she was spot on with the portrayal, and definitely pushes Han to be the best version of himself. Basically she's the reason Han is who he is in Episode IV. I've only seen a couple episodes of Game of Thrones, and I haven't really seen anything else she's in, but she was great in this role. I was pulling for her most of the movie as a matter of fact. I have a huge attachment to the character of Qi'ra now, and I'm really hoping we get to see more of her.

Lando Calrissian does steal most of the scenes he is in. Glover was, again, the perfect pick for him, and plays up every detail of Lando's character spectacularly. Phoebe Waller-Bridge as L3-37 was hysterical, another great droid being the comedic relief function of the movie. She has some important moments in the film, and she does them well!

Han and Chewie's connection together was there, it was shown and spotlighted so much, and I'm thankful for that. We get to see some awesome piloting, and that's what I love about the pair, is they work so well together, even in the beginning of their relationship. We get to see Han try his luck in life, cards, and piloting, and that's what I loved most about this movie. We see Han grow as a character, but see him still remain true to his roots. We get to see his origin, and it, I think is perfect for him.

This movie is not without it's flaws for certain. But it meets its goal of the origin story of our favorite nerfherder, and it does it in an entertaining way, and makes me want to see this cast as these characters more.